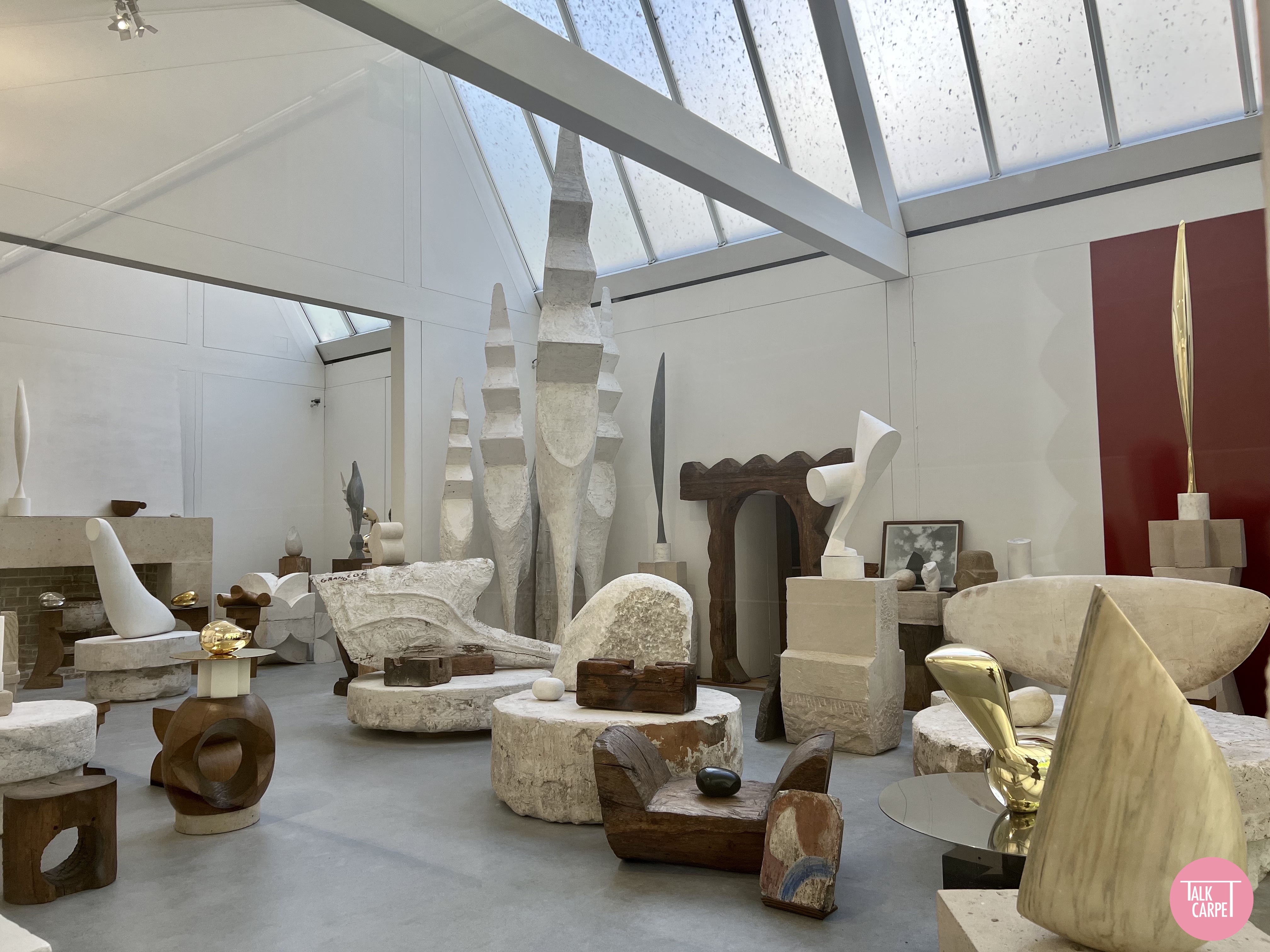 Paris with over 130 museums and galleries has a lot to offer to art lovers. For many modern art enthusiasts, the Pompidou Center is a must-see when in Paris. And for those who are looking for sculpture inspiration, Atelier Brâncuși, the 600 sqm extension to the museum, should not be missed. 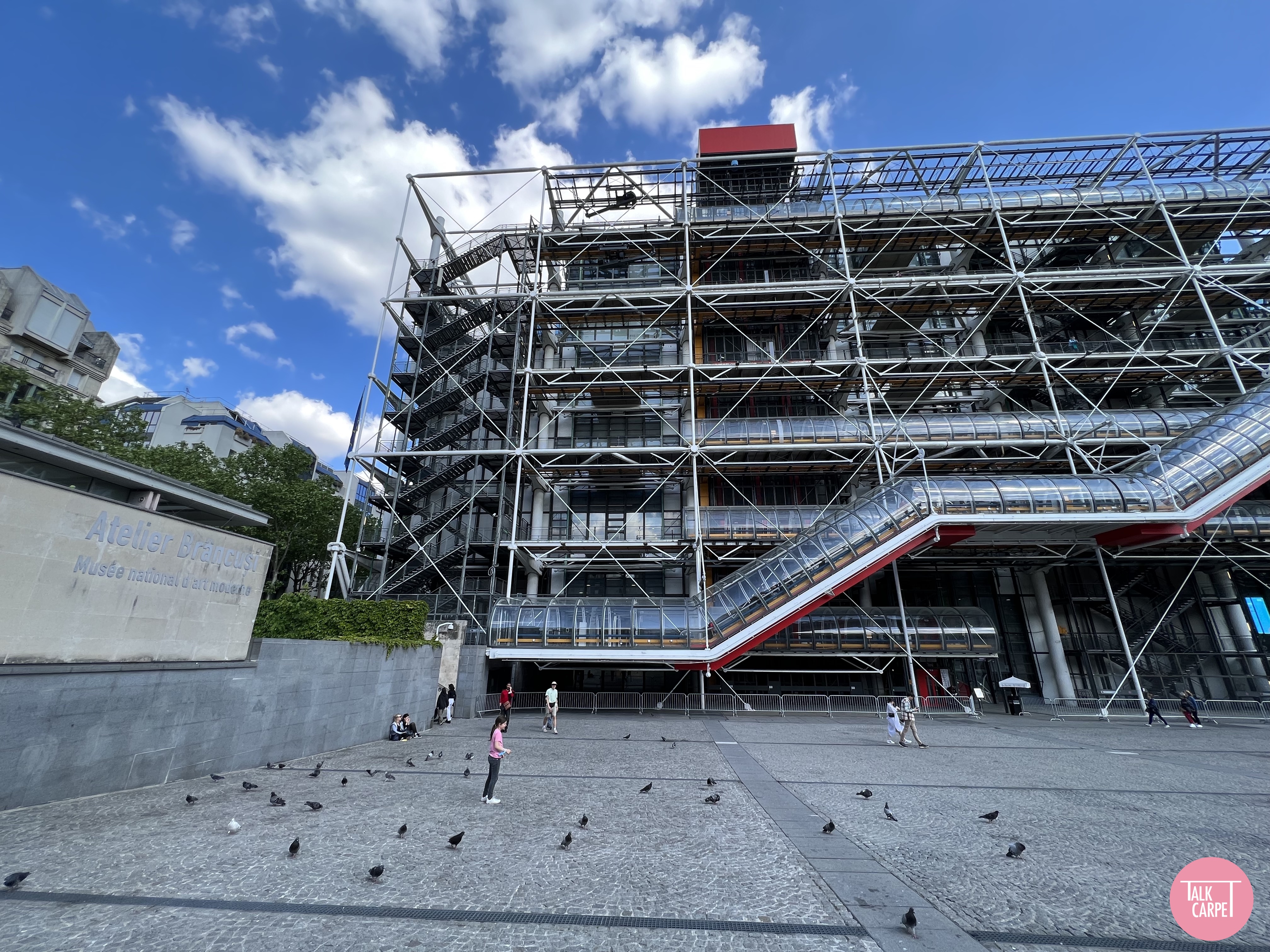 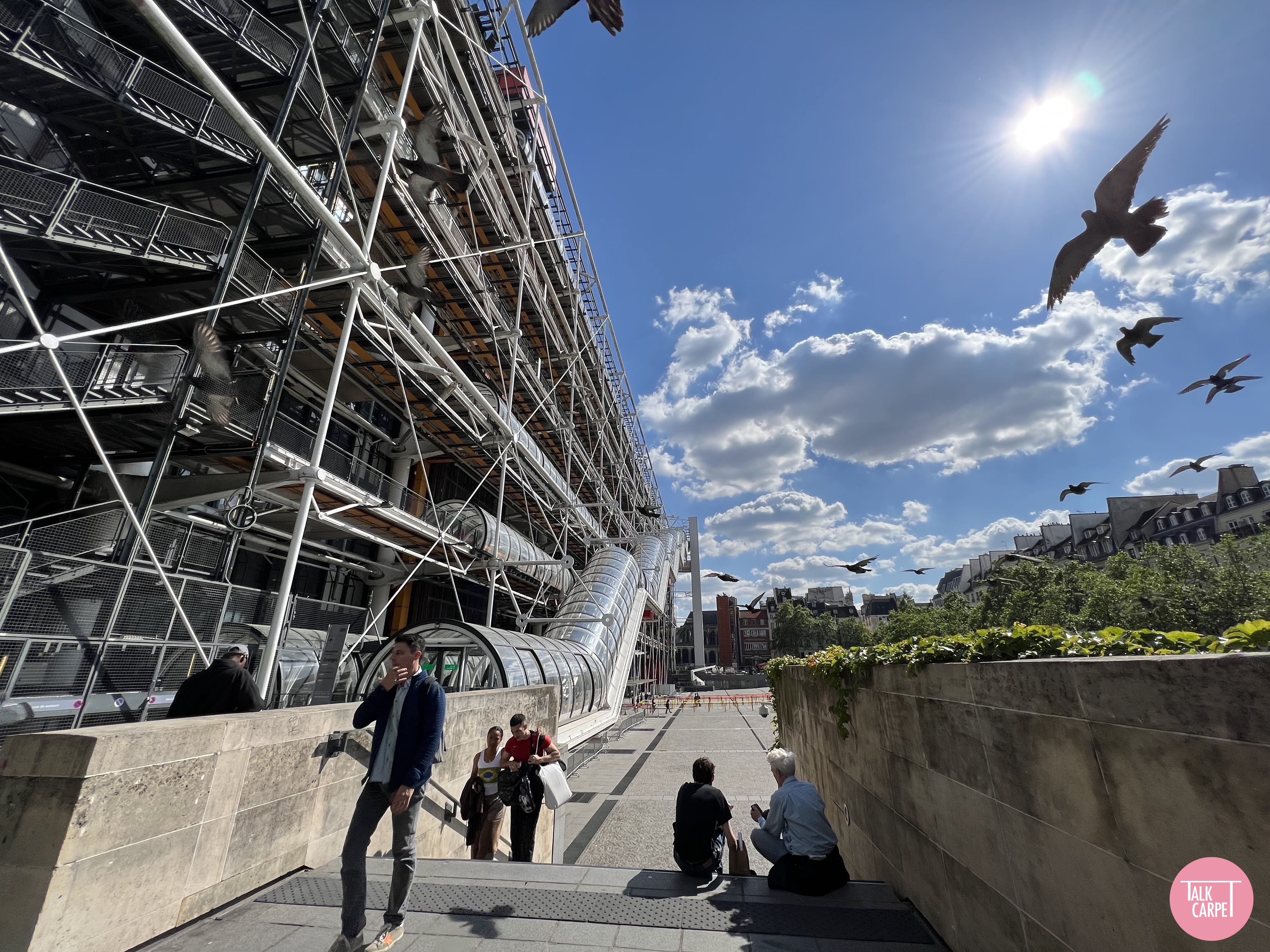 Behind the idea of this unusual exhibition stands the artist himself. Constantin Brâncuși decided to donate most of his works, together with his tools and self-made furniture to the state of France. However, he made one condition. After his death, they had to reconstruct his studio and make it open to the public.

In 1962, shortly after Brâncuși’s death, the atelier was partially reconstructed at the Palais de Tokyo. In 1977 the exact replica landed in this spot, next to the Pompidou Center. It became an integral part of the Museum of Modern Art in Paris. After the floods in 1990, the exhibition was closed. The current version is a reconstruction by Renzo Piano. 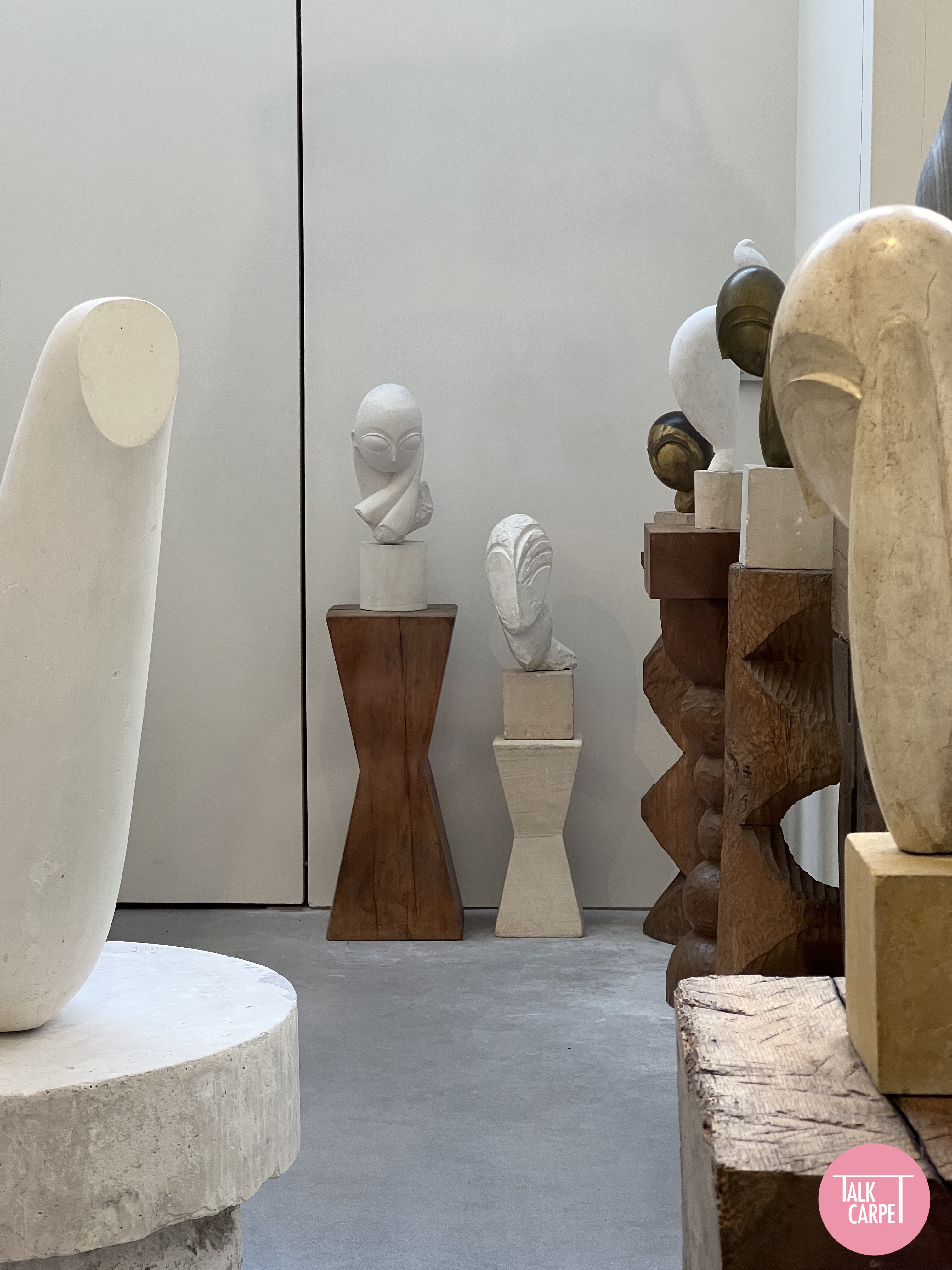 The exhibition consists of an impressive collection. It covers 137 sculptures, 87 bases, 41 drawings, and 2 paintings. There are also more than 1600 original prints and glass photographic plates. We can see his most famous works, such as Princess X.

The reconstruction project was a challenge for the architect, Renzo Piano. He needed not only to recreate the old atelier. It was essential to match the landscape of the museum. The exhibition is located in front of the Pompidou Center, on the side of the large, elevated area. 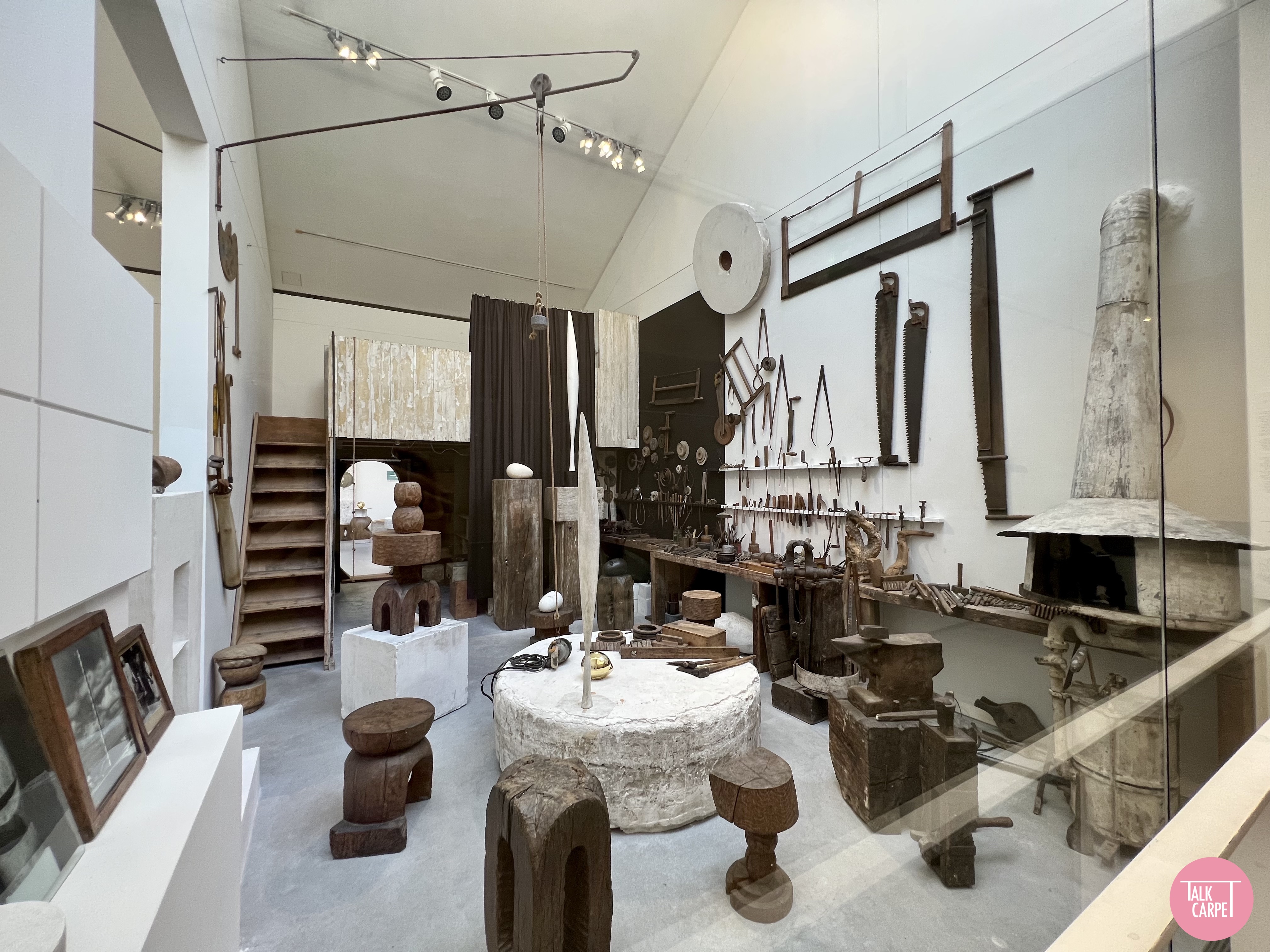 Piano’s solution was to blend the construction into the square. At the same time, he isolated the viewer from the busy surroundings by adding an enclosed garden. In the underground space, the old workshop is separated from the audience hall by glass walls. That gives a kind of intimacy to that very modern architecture that we were seeking. 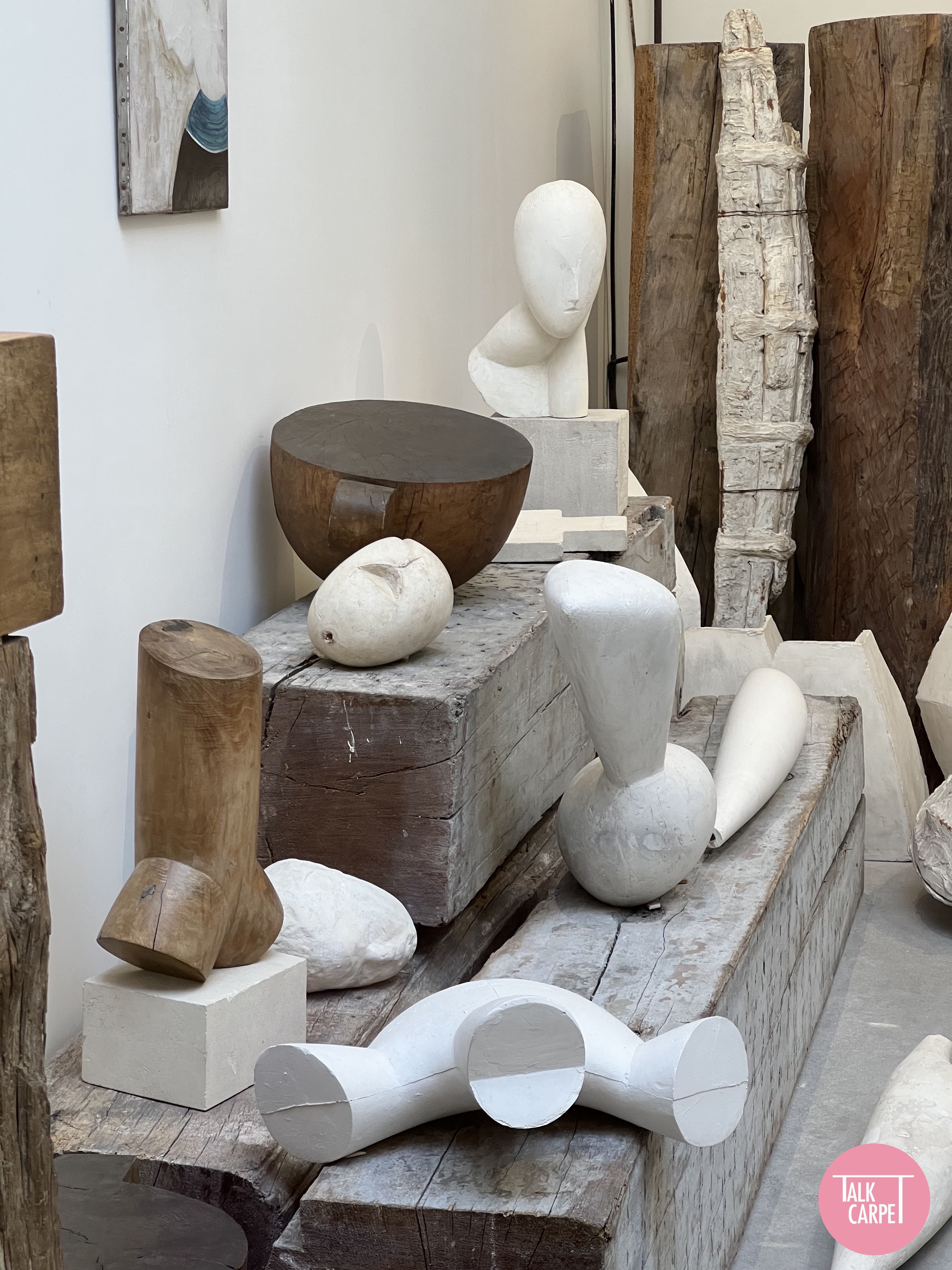 Constantin Brâncuși was a Romanian-born, and French-naturalized artist. He is considered one of the most influential and visionary modern sculptors. His works were sold for tremendous sums, and have set records at auction. Nevertheless, luckily for us, the artist donated most of his works, to the state of France. We can now admire them freely at this exhibition. 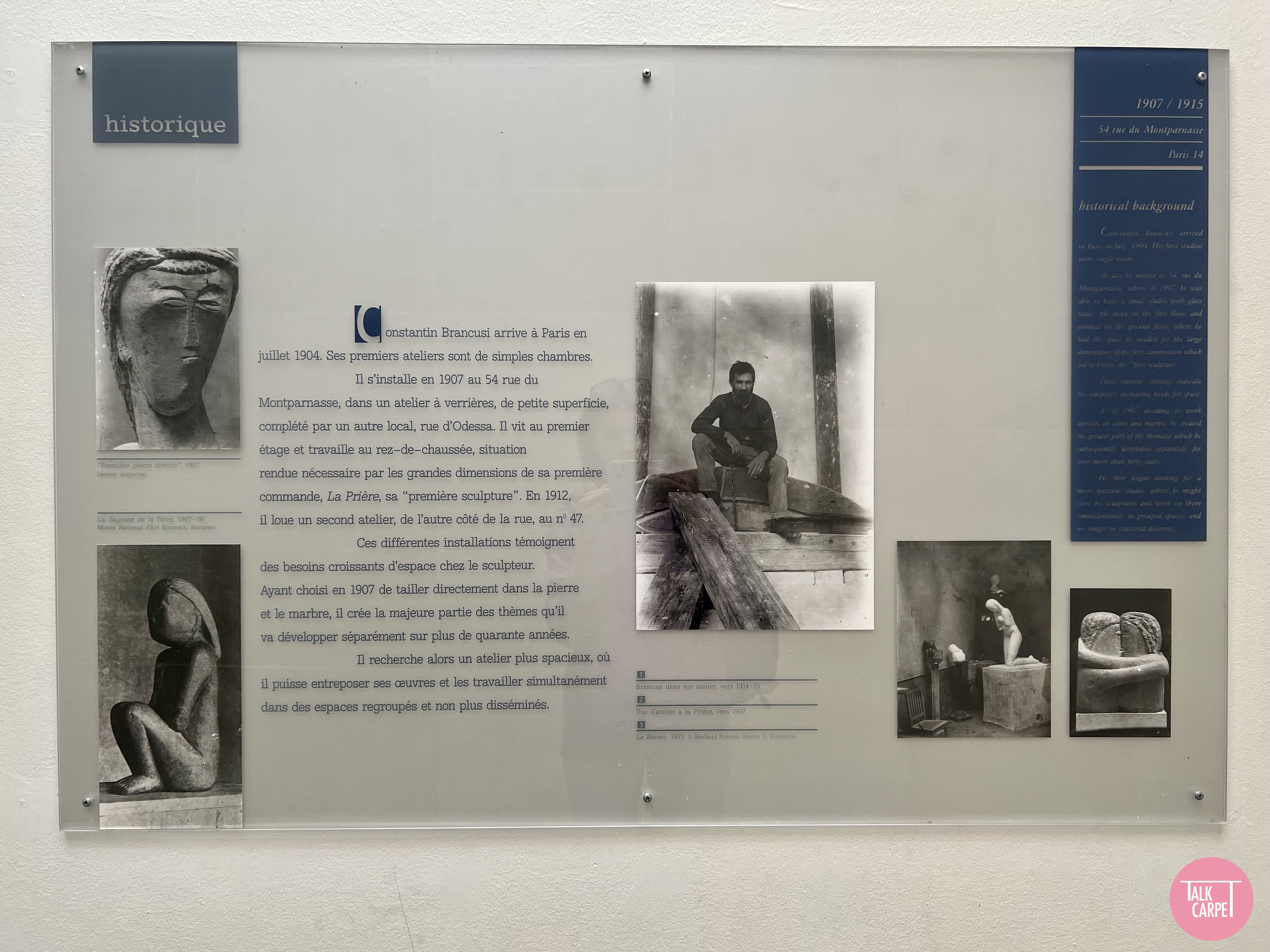 Romanian influences are highly visible in Brâncuși’s art. His native folklore and mythology inspired him on a higher level. But he also borrowed from Byzantium and Dionysian traditions and primitive exorcism. All that is strongly visible in his art, giving it a global form.

Brâncuși was fascinated by representative art and clean, geometrical shapes. That visionary fuse of traditions and forms became not only his unique style. It also ensured his place in the history of modern art. Decades later his work remains relevant. 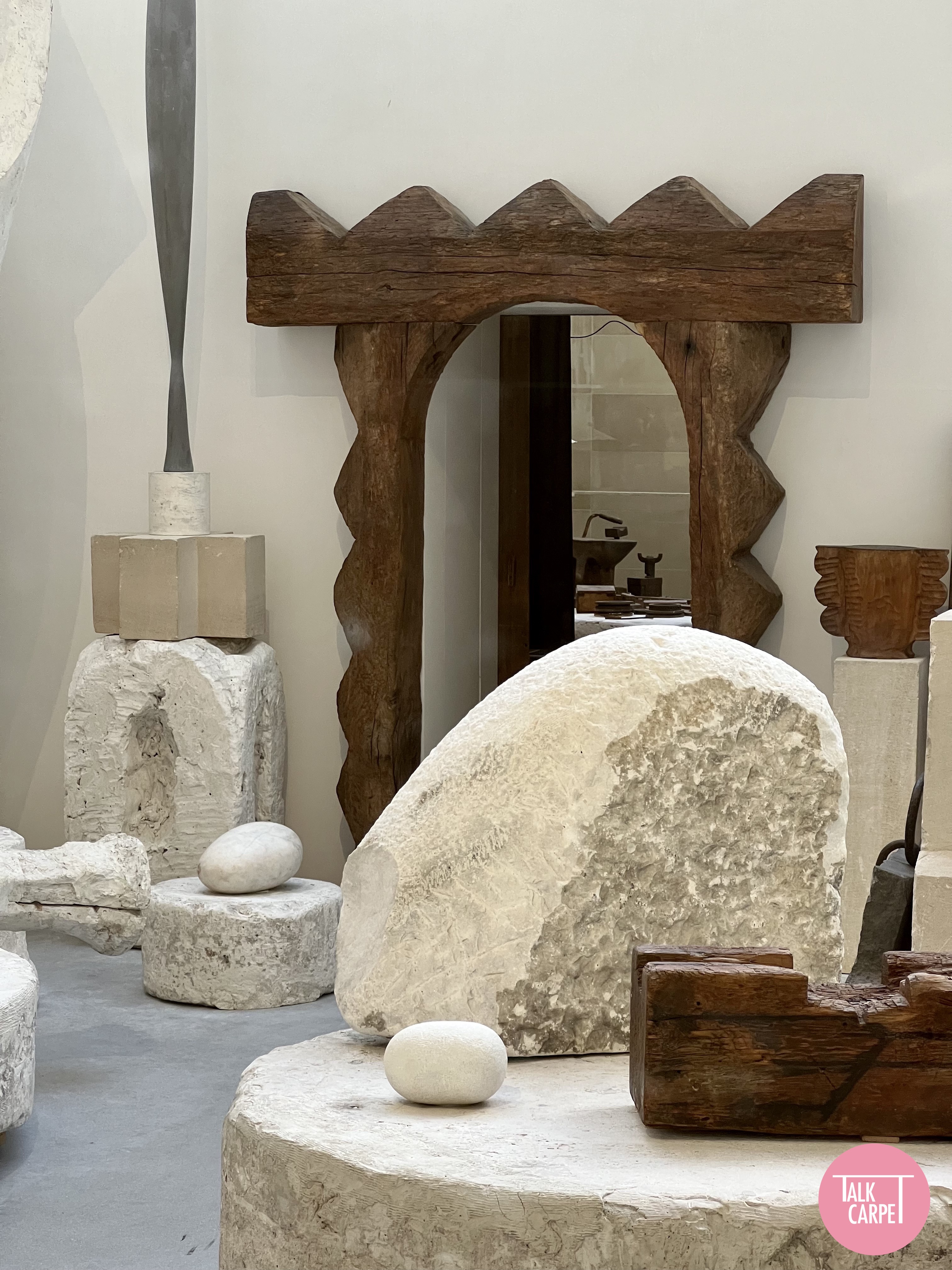 Modern trends are easily spotted in Brâncuși’s work. His sculptures are inspirational for both young and older audiences. Decades later, they speak with the same power as they did in the early 20s or 50s.

He loved geometric shapes, curves, and rounded edges. He also mixed textures and materials. And he used marble, Venetian plaster, and limewash. All that we can find in today’s design trends. 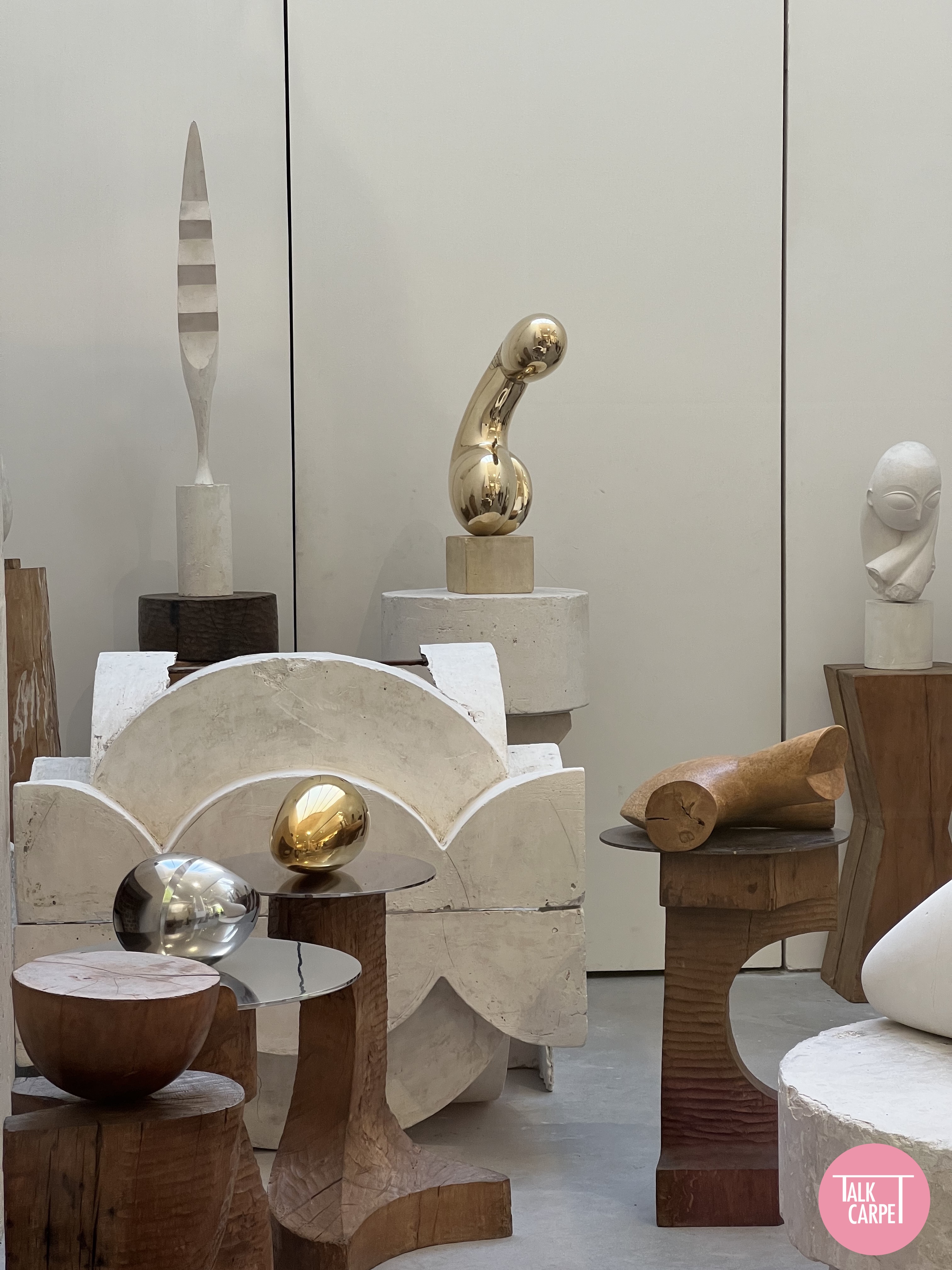 Brâncuși came from a peasant background and he cherished this simple lifestyle in his adult life. He made his own furniture from blocks of wood or by carving rocks. His studio décor creations are inspirations for today’s rustic home style. We can find inspiration in his sculptural furniture. He self-made his chairs, tables, and beautiful wooden door frames. He also constructed his own photo camera. That perfectly blends into the appearance of the studio as an unusual decoration. 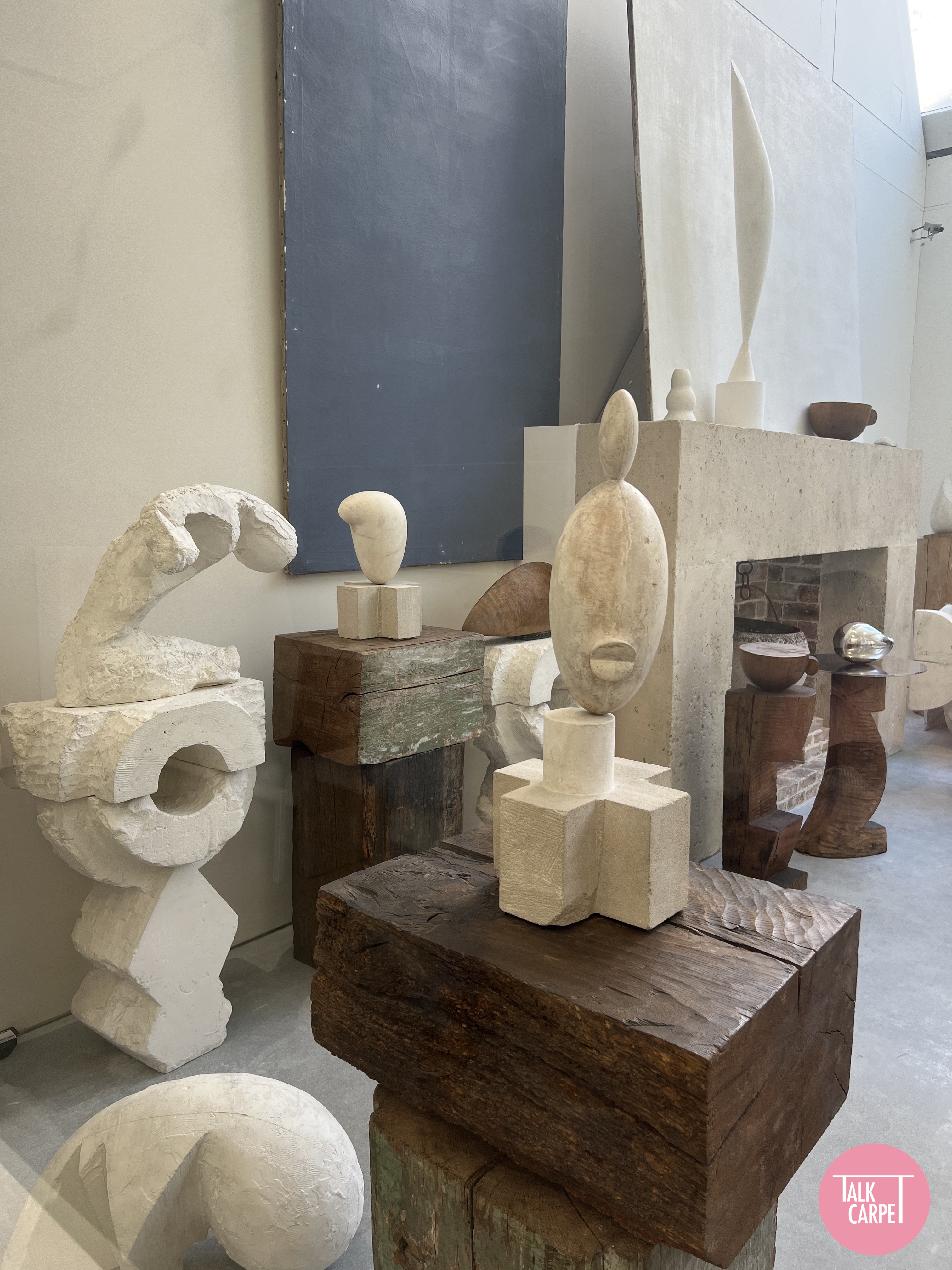 As an artist, Brâncuși needed a lot of natural light in his atelier. A glass ceiling was a perfect solution for achieving that goal. Today, we can find very similar glass wall windows in modern, industrial-style spaces. This loft-style vibe not only illuminates the space with soft natural light. It also gives a fresh touch to the rustic and nature-inspired interior design. 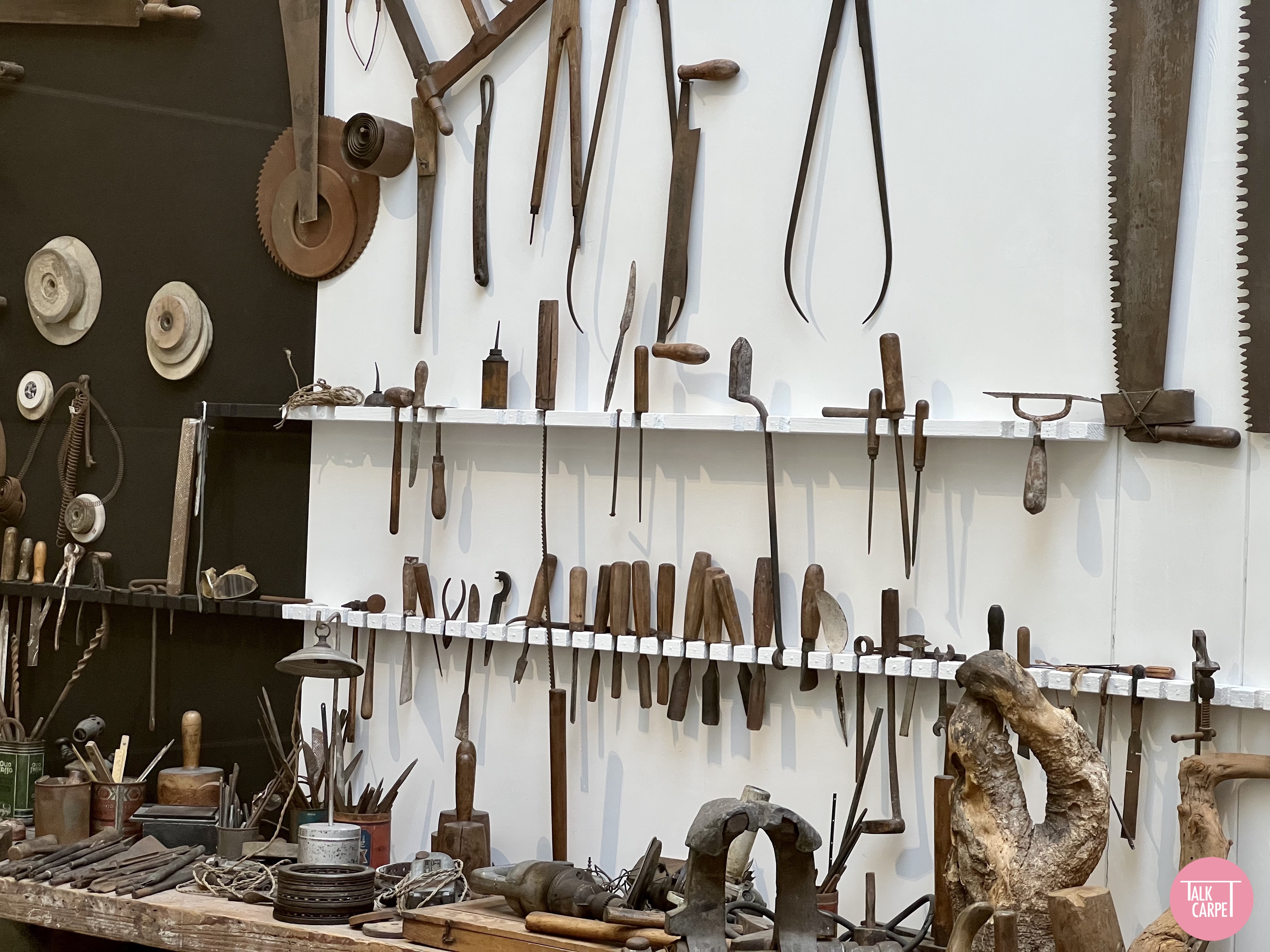 Earth colors of the nature-inspired decorations come from the use of wood and leather. Then we see the metal accents from the exposition of tools, or musical instruments. Curved rock materials such as marble, or Venetian plaster, break the cozy look. It all gives a simple and very natural touch to this rustic interior. 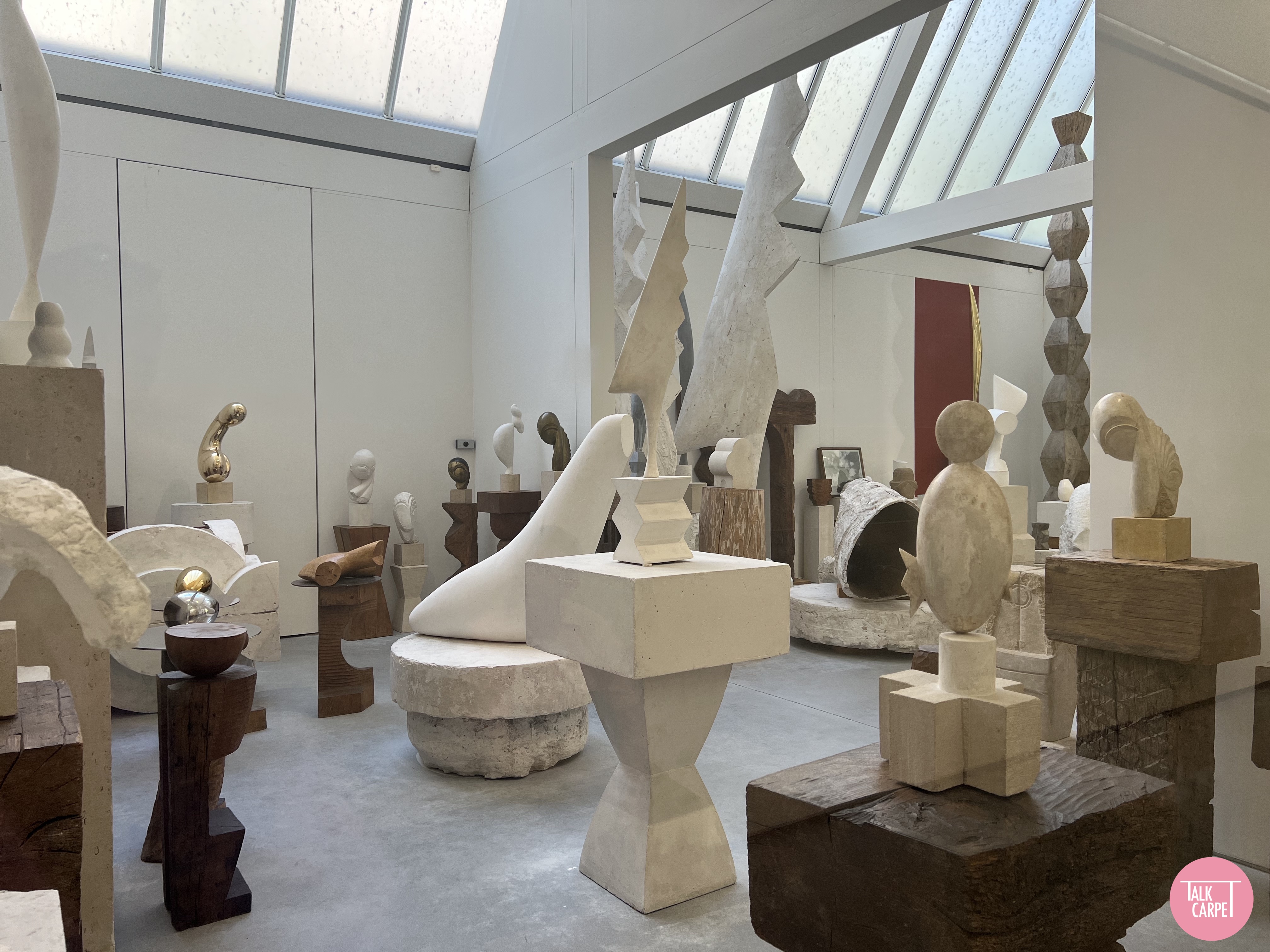 Brâncuși’s studio has provided great inspiration for today’s dual-purpose spaces. He used a cover to separate the living space from the workspace. It is a perfect case of multifunctional space arrangements. The mezzanine illustrates the utilization of high spaces. It incorporates the bedroom into the office or living room without compromising the function. 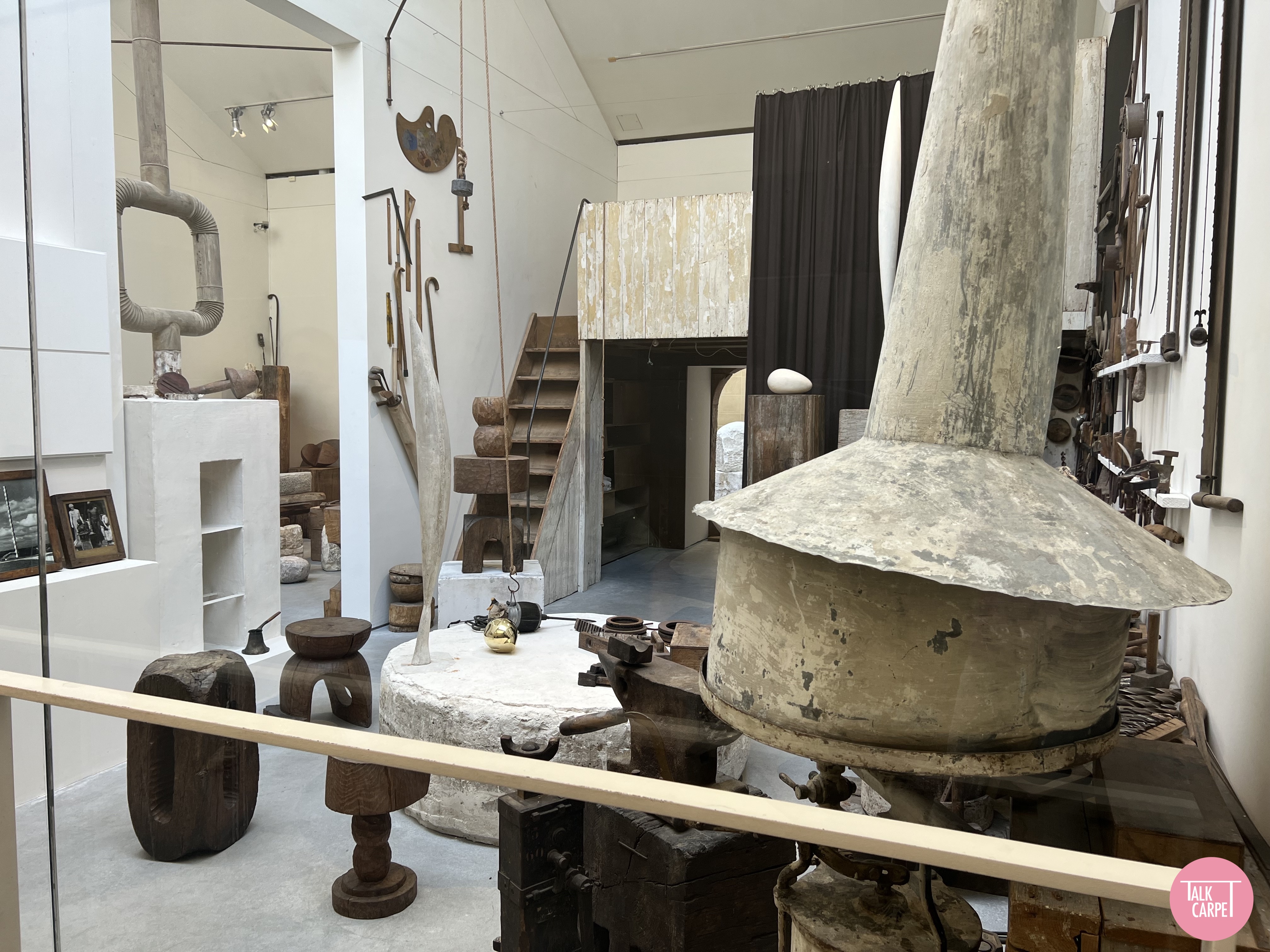 Brâncuși’s work became a flagship case of modern and complimentary art. His curved sculptures of clean, geometric shapes would beautifully add value to any modern interior. Our homes are, nowadays, intimate art expositions themselves. Rounded edges, lines, and shapes give a unique touch to the interior. They breathe an artistic atmosphere into the space. 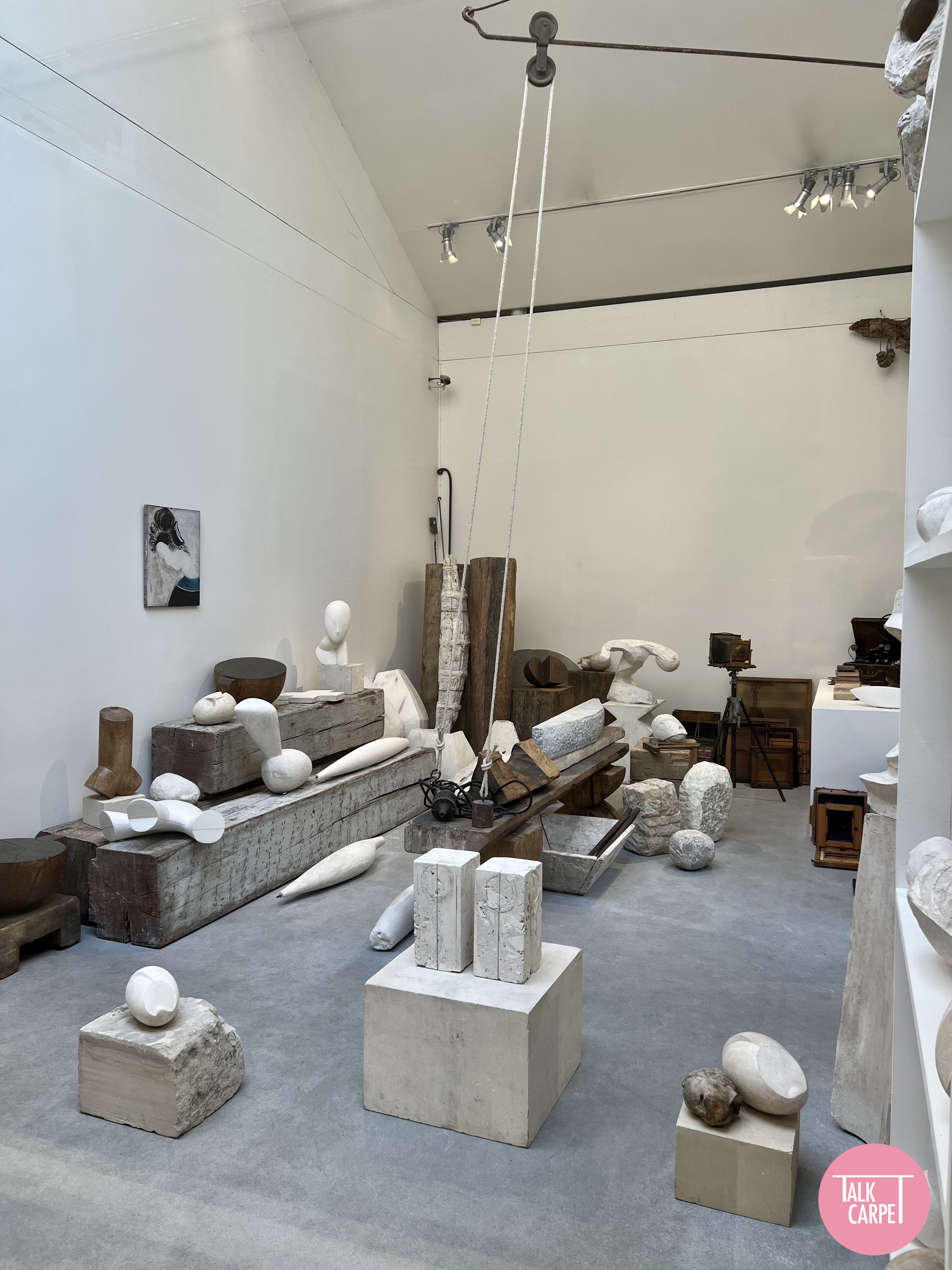 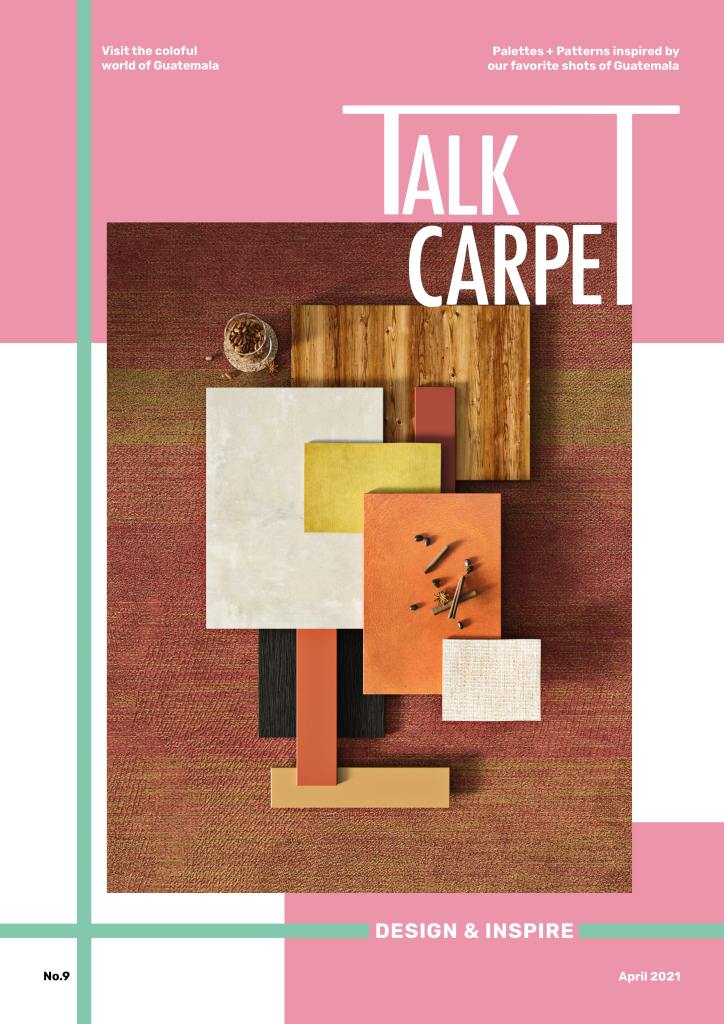