The Center for Contemporary Creation of Andalusia, or C3A for short, is a contemporary art museum located in Cordoba, Spain. The museum has 12,207 square meters, with four floors and a media facade that overlooks the Guadalquivir River. The Andalusia government held an international competition for architects to create the museum.

The architects Fuensanta Nieto and Enrique Sobejano won the competition in 2008, along with construction company FCC Construccion, SA. The museum’s exterior is white, and the interior is entirely made out of concrete. The museum’s design uses a repeating geometric pattern for all the rooms, in the shape of a hexagon. From a birds-eye view of the museum, you can see that the rooms are constructed into hexagon shapes that are not identical in size nor depth, so the exhibition rooms are different. The idea behind the design comes from the appearance of a DNA molecular. The rooms all showcase artworks and workshops that flow smoothly into other rooms.

Carved hexagons cover the outside of the museum. The hexagon shapes face the river and have openings with LED shining through the holes. During the day, natural light shines through the gaps and brightens the museum’s interior. During the night, they produce fantastic light shows for people to watch.

Inside the museum, the concrete follows a monochromatic grey color scheme. Even though there are openings with light shining into the museum, the interior remains moody and dim. The black hexagons’ dim lighting is multi-functional spaces designed for productions, conferences, film screenings, and art exhibitions.

Additionally, the museum focuses on visual and audiovisual arts and performing arts such as theater and dance. Interestingly, the museum also features interactive workshops that artists can create wood sculptures, paintings, and ceramics. The museum also has a space for media lab equipment, a 3D printer, and a scanner. Workshops and exhibits happen on the ground level, and production typically occurs on the building’s higher levels. 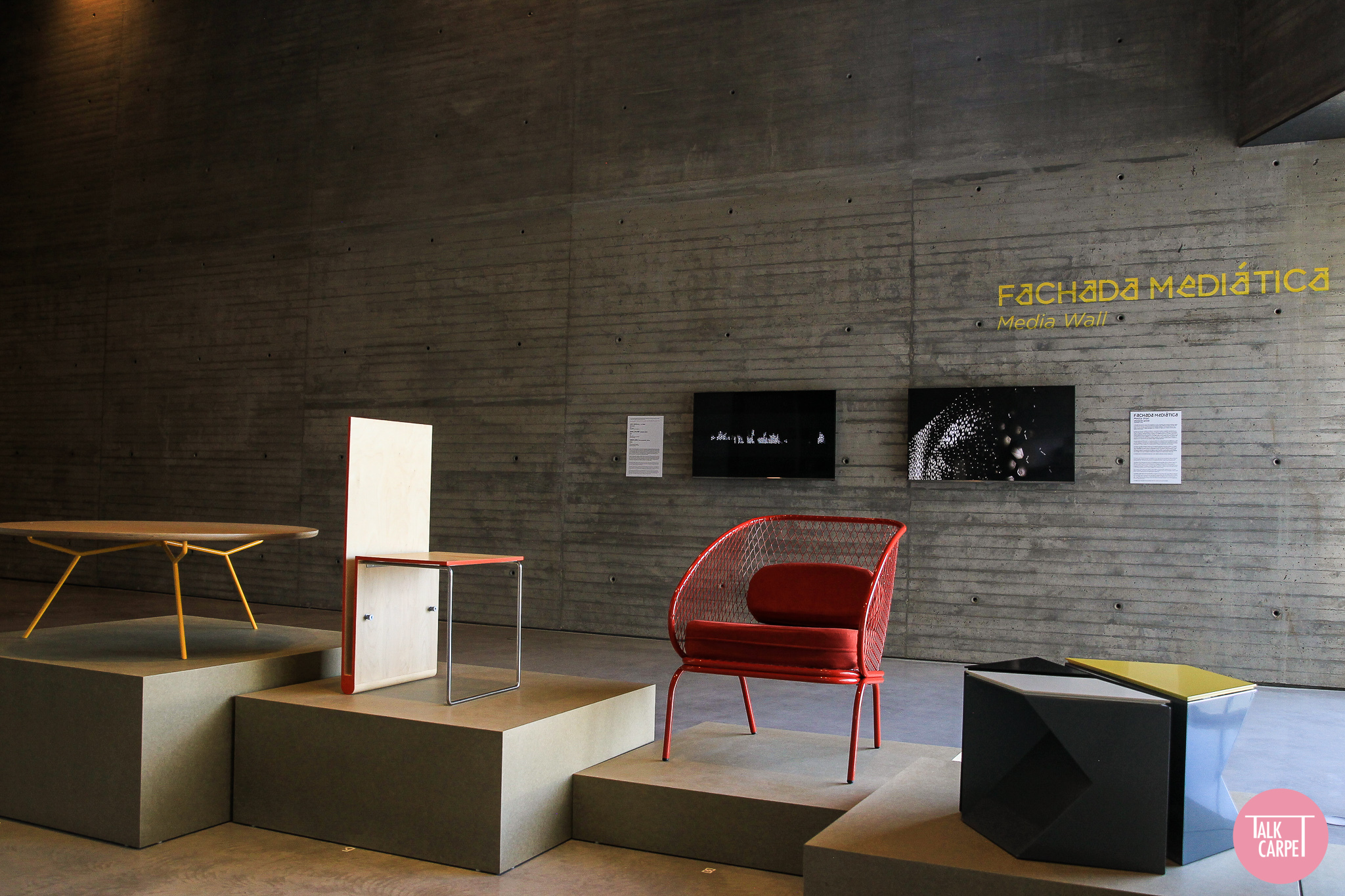 We are lucky enough to visit the art center and check out some of the past art pieces showcased. Many exhibitions at the museum focus on artificial intelligence and futuristic themes. The Sun Xun Solo Exhibition titled Time Spy blends reality and fantasy by reconstructing the universe.

We were also able to check out the toilet paper assemblage. Numerous toilet paper rolls form a hexagon shape that mimics the facade’s hexagon theme. These rolls look like the aerial view of the museum when looking at them from the top.

Our Minimalist Area Rug is the backdrop for this new palette

Autumn leaves carpet on this fall like spring day